Version 2.0 of DeltaWave. Use at your own risk!

DeltaWave now has the ability to compute a precise Impulse Response of a device by doing what it does best: computing a null difference between two files. The reason IR is important is that it characterizes the time-linear behavior of the device. IR contains enough information about the device to compute the frequency and phase response of the device. As an example, this can be used to analyze the filter response of a DAC/ADC loopback recording.

What’s more, IR can then be used to construct a correction to remove frequency and phase errors from the device signal, or to apply the same errors to a digital file to simulate the effect of the device! 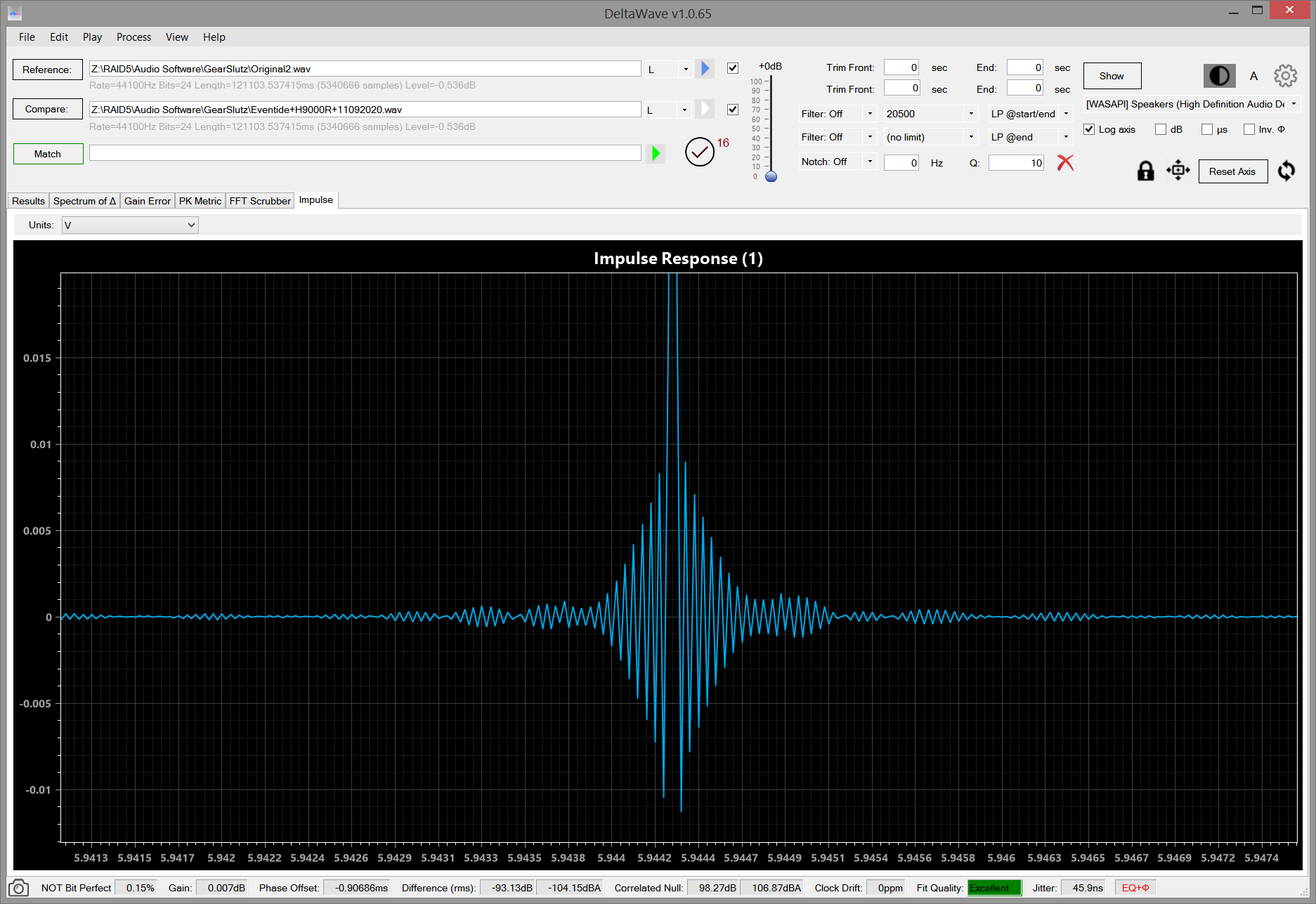 Impulse response of an audio device is normally the output of that device when a single, instantaneous pulse is presented at the input. The output is then recorded and analyzed to produce a usable IR representation that can be measured and corrected. Other software use frequency sweeps, chirps, etc.

With DeltaWave, the process is similar, but instead of an instantaneous pulse, DW uses a recording of music (or other signals) to derive IR. The benefit is that IR can be computed with greater accuracy and greater SNR (signal to noise ratio).

There are a few main functions available when using IR within DeltaWave:

All of IR functions can be accessed from the IR indicator located between the Delta waveform entry box and the volume control: 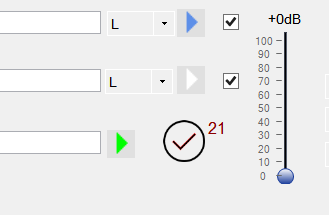 You can switch between these three states simply by clicking on the IR indicator.

The number to the top right of the IR indicator shows how many averaged IRs have been collected so far. 0 means none.

In addition, you can right click on the IR indicator to display the Process->IR menu with the following options: 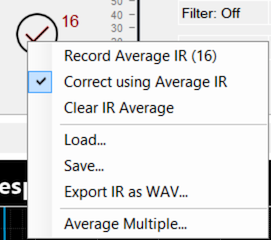 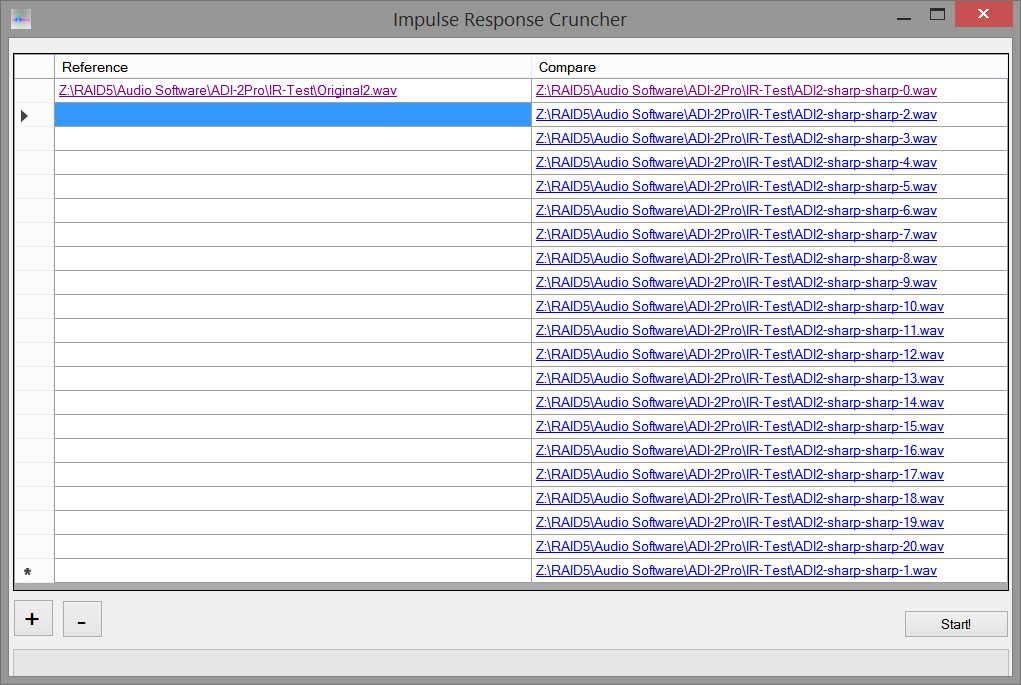 All feedback and suggestions are welcome!